Developing your team In and Out of the office.

Relationships outside of the office are as crucial to developing a strong team as team building activities held in the office.  These relationships build trust and loyalty amongst the team and with the proper leadership, to include the organization.

After having worked with a close, cohesive primary health care team for over thirteen years, we transitioned into a new building.  This move should have been an exciting opportunity for us to develop our team further and improve the care we provided to our patients; instead, it began the demise of a team that was once held in high regards by the entire province.

This transition began nearly eighteen months before the actual move date that included moving a hospital, medical clinic, and nursing home into one unified facility. Having been already a part of a high functioning team, we encouraged (or begged) for team building and preparation of staff to integrate.  This move took us out of our offices and into one “bullpen” with cubicles that were intended to increase communication.  Not only did the three facilities remain in their silos with lack of management to facilitate integration, but management actually encouraged the disintegration of our team.

Our team was like our extended family.  We developed friendships outside of work through informal team building.  These included lunch on one of our decks in the summer, Monday soup lunch together at the local senior center, birthday cakes for each staff member’s birthday, coffee breaks twice a day, celebrations of family events and support during each other’s difficult times.  These were paired with official team development in the form of quarterly meetings and weekly huddles where concerns amongst the team were brought forward in a safe environment and problem-solved by the team. 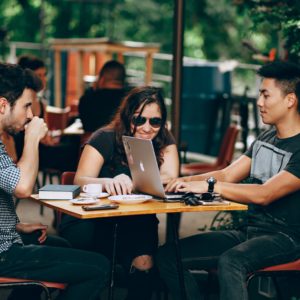 After the move, coffee breaks were a thing of the past.  Lunch breaks were staggered and rotated.  Huddles were eliminated as were any problem-solving opportunities for the team.   Decisions made by leadership not only diminished our capacity to work together as a team but decreased the interpersonal relationships that we formed outside of work.  We were not allowed time to keep up with each other.  This led to frustration, feelings of isolation, and simply missing each other, despite now sitting in the same room.  The result was a decrease in commitment to the organization and communication with management, lower productivity despite longer days, and a turnover in staff.

I genuinely hope that in the future we at Oteos can work with the region to help build this team and community’s health care back to the standard to which it was once held. I want to help my former colleagues enjoy their job again!  With just a few adjustments and some repair strategies, I believe they can get their “family” back.

How would you feel about developing relationships among the team outside of the office setting? How do you balance the personal and professional relationships?  Let me know your thoughts!