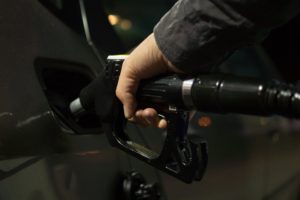 Every once in a while we have an interaction with someone that really brightens our day.  This happened to me last week at the Co-op gas station in Dunmore, Alberta, Canada.  Dunmore is a small town, almost suburb of, Medicine Hat, a small city ninety minutes from my home.  On my way home from the city, I typically stop at this gas station for two reasons; the bathrooms are clean, and they offer full service and pump my gas.  Anyone that knows me will attest that I hate pumping gas.  Not because it is beneath me but rather because the thought of standing outside while pumping gas in the eight months of cold weather in our area of Canada does not appeal to me.

On June 1, 2018, the province of Alberta implemented a new law requiring motorists to pay before filling their gas tank.  While this is commonplace in many areas, it was not the standard practice at this particular Co-op station. In theory, the only impact this new law should have on me as a customer is that I will likely pay for the gas and my convenience store items separately.  Not a big deal.  In reality, it completely changed the way service at the full-serve pump was provided.  I’m not sure the change was intentional, but inevitably it has lead to less than eager attendants that no longer assumed they were pumping your gas but rather asked if you need help.  I’m a fairly independent (and stubborn) woman and am more inclined to say no to that particular question.  It also felt as if I was inconveniencing them if I said that yes, indeed, I would like them to pump my gas.  Again, not because I can’t but rather because I just don’t like to.

Last week I stopped for gas and a drink on my way home.  To my surprise, the pump attendant came directly to the pump, stood to the side until I completed my payment transaction, and without hesitation took the pump handle and asked which fuel I preferred.  There was no question, no awkward response, simply the assumption that he was there to pump my gas.  With a smile, I proceeded inside to get my drink for the trip home.

As I was on my way back outside, I pulled the attendant aside and thanked him.  He truly made my day.  I explained the recent decline in service and how happy I was that he was there to pump my gas for me.  Although he was doing his job, I really appreciated him not asking if I wanted him to do it.  This may have been a generational thing as he appeared in his early 60’s and the typical attendant there is in their early 20’s. The younger staff may not realize the impact of their approach nor the fact that if they are not actually pumping anyone’s gas, they are no longer of value to the organization.  Regardless of the reason, I thanked him again and went on my way.

On the drive home I couldn’t stop thinking about the pump attendant that made me really feel appreciated as a customer.  Although he was merely doing his job, he provided such service that I truly felt as if he had gone above and beyond for me.  That is really what customer service is about.  Pride in your company, pride in yourself and pride in the service you provide.